Summary of the “Jena Study” 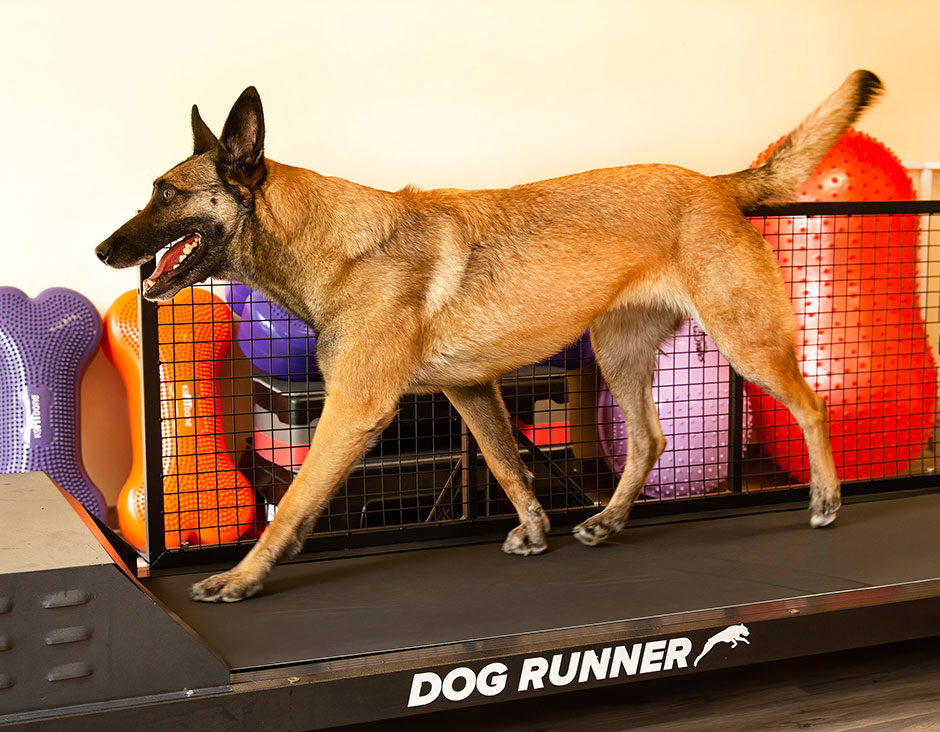 Prof. Dr. Martin S. Fischer, Professor of Special Zoology and Evolutionary Biology at the University of Jena, and his team presented their study on the locomotion of dogs in 2011.  The “Jena Study ” took 4 years to complete and is the most comprehensive research work to date on the joint angle courses, segment movements, gait patterns, stride length, stride duration, etc. of dogs worldwide. The “Jena Study” on the canine gait apparatus led to spectacular new findings and is representative, comparative and the first of its kind to use a combination of various imaging devices.

A total of 327 dogs from 32 dog breeds took part in the study, with the animals differing widely in body size, and in the angulation of their joints and frames. The scientists used three measurement systems for their study: an infrared motion measurement system, two high-speed video cameras and a French high-speed X-ray camera. The application of biplanar high-speed X-ray systems meant that the radiation dose was reduced and a shorter treatment time achieved. The dogs were recorded by two high-speed cameras each from different positions (from the front and from the side) in different gaits (walk, trot, gallop), on a standardized treadmill. While being observed the dogs covered approx. 2-4 kilometres in about 45 minutes of recording time. The infrared movement system used reflective markers on the back lines and joints of the dogs, which reflected the infrared flashes emitted by a total of six cameras. When the reflections of one marker were captured by two cameras each it was possible to create a three-dimensional (3D) coordinate image and the respective joint angles of the dogs could be detected. Using a combination of biplanar X-ray fluoroscopy and infrared motion analysis with external markers made it possible to perform a three-dimensional kinematic analysis and to visualize the recorded structures, such as the dogs’ shoulder blades, in motion.

The images showed that outdated representations of dogs’ skeletons do not correspond to the new findings. Contrary to previous assumptions, as in all mammals, dogs’ limbs have changed from two to three segments. The shoulder blade has been added as a third segment in dogs’ forelegs, while in the hind legs the metatarsus has been “converted”. Therefore, when a dog moves forward, each pair of shoulder blades, thighs, upper arms and lower legs, forearms and metatarsus correlate in their movement. The study carried out by the biologists of the University of Jena refuted many previous views and clearly showed that the newly created image of many diagnoses of dogs’ gait produced  spectacular new findings. It was proven that the actual pivot point of the forelegs is the shoulder blade and not, as previously assumed, the shoulder joint.

This means that the shoulder blade rotates by about 35 degrees when the foreleg is moved forward. The shoulder joint remains static under the motion. This now changed the view of the correlation of the upper pivot points of the musculoskeletal system. Unlike previous presumptions, in reality the hip joint is at the level of the upper edge of the shoulder joint. The x-rays showed that the shoulder blade/forearm and thigh/midfoot move as if they were wired parallel. This principle is called “pantograph leg”. This principle of locomotion depends largely on the length of the middle segment of the locomotor system. In dogs this is the upper arm.

The upper arm of a dog naturally varies in length, depending on the individual size. In relation to the total length of the foreleg, the upper arm length is exactly 27 percent, according to the “Jena study”. The length of the shoulder blade measures between 24 and 34 percent compared to the total length of the front leg and is relatively long for short-legged dogs as opposed to long-legged dogs. The locomotion of dogs is mainly relative to the proportions of the upper arm. Since these were identical in all the dogs examined, it is reasonable to conclude that all dogs, regardless of size, walk similarly.

The Jena study does not give any information about the construction of dog harnesses and does not evaluate them since no dog harnesses were used during the study in which the dogs always ran with a collar, if at all. The study in Jena was only concerned with the running patterns of the dogs and their movement sequences and did not deal with the muscle functions (chest and neck) of the dogs nor with the fact that belts and dog harnesses rub significantly on the skin and fur or can even pinch it.