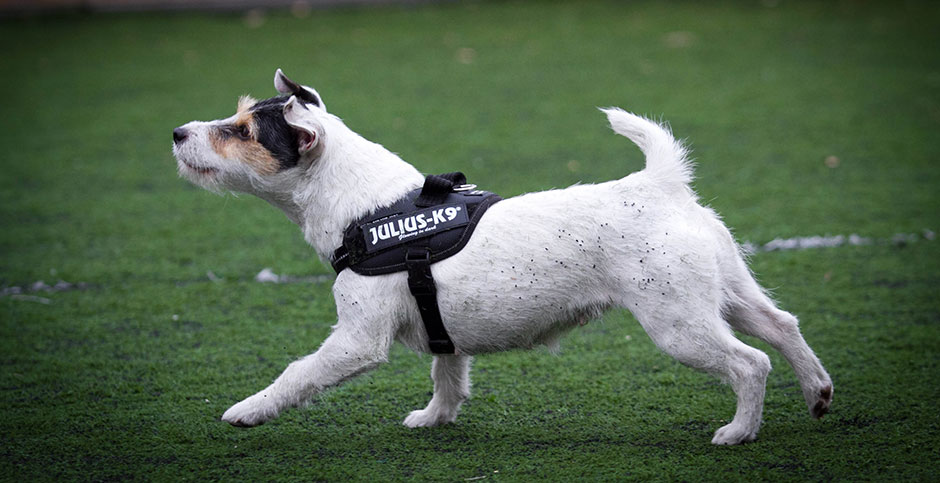 The Telegraph has recently published an article about dog harnesses.  We noticed that they refer to one of our articles and to our video in which we perform measurements on dogs wearing harnesses.

It’s difficult to change traditional behaviour. People get used to doing things a certain way, and even when science and logic suggest that there’s a better way, old habits are hard to get rid of.

In the animal world, there’s an obvious area that stands out as being stuck in the past: using collars to restrain dogs.

Of course there’s a place for dog collars: they are a handy way to permanently attach an ID tag around a dog’s neck. Once put in place, a light dog collar can be impossible for a dog to remove, similar to a festival-style wristband on a human.

A well-fitting dog collar can also function as a way of reminding dogs that they are with you and that you want them to stay close to you. There should be no tugging or tightening of the collar: if the collar was not there, the dog should still want to be in the same place. The collar should act in the same way as gently holding a child’s hand.

But as a way of controlling a dog? There are now alternatives that are far better than dog collars.

More: Dog harness or collar? The best way to control your pet revealed