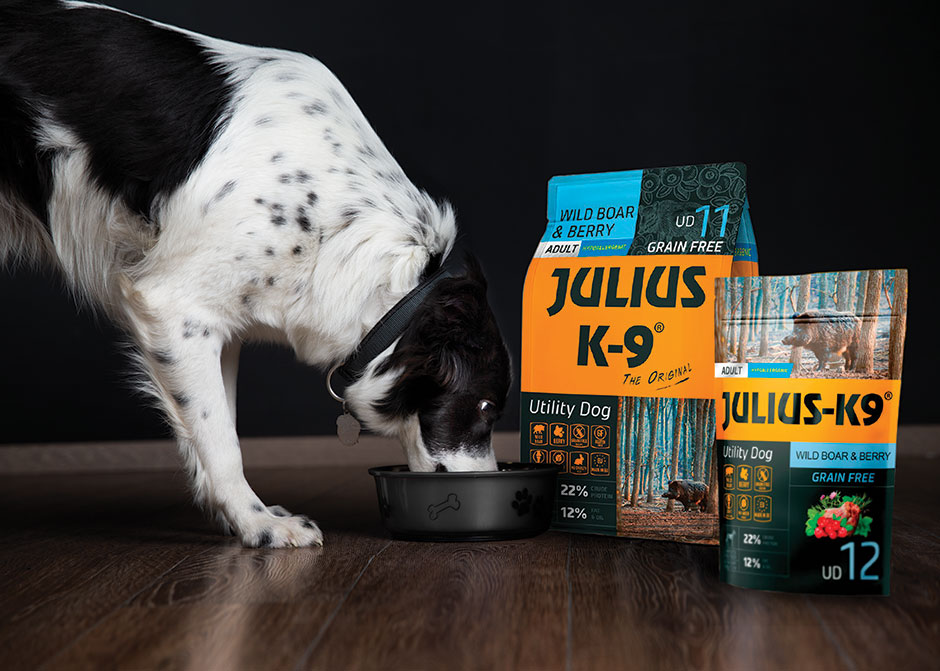 Traditional dog foods usually contain significant amounts of grain, which may cause digestive problems for many dogs. Dogs are primarily carnivores. Although they have become more or less able to break down the starch in grains due to domestication, meat is still the main part of their diet. This is the spirit in which, so-called grain-free dog food was born.

The production of the first grain-free dog food produced in Hungary was launched by Panzi-Pet with the participation of Julius-K9® in 2017. During the development of the Julius K-9 Professional Grain Free Food family has taken the natural metabolism of dogs into account. These foods therefore do not contain corn, wheat, rice or soy. However, they do contain a herbal complex to support the immune system, while also containing added glucosamine to protect the musculoskeletal system of the dog. The Julius K-9 grain-free dog food strives to provide an option for all life stages while also being tailored to different activities.

The Julius K-9 City Dog series is designed for medium activity urban puppies and grown up dogs. Urban dogs tend to move less, so these foods contain lean protein, i.e. duck and other poultry, to reduce the risk of obesity. This easily digestive protein has been combined with pear, which contains a number of useful vitamins and minerals.

Julius K-9 Utility Dog foods are designed for dogs who are more active and do sports on a hobby level. They are available in a version created for puppies, grown and elderly dogs, tailored to the needs of all ages. They are available in three versions: lamb, salmon and wild boar. All three animal proteins are hypoallergenic meat sources, so these foods are also suitable for feeding dogs that are allergic to poultry. The increased fibre content also supports digestion.

The Julius K-9 Race Dog food is designed for working dogs, and dogs who compete in different sports. Due to regular exercise, these dogs have significantly higher energy requirements and also require additional attention due to increased activity. This food therefore contains an easily digestible, abundant source of protein (partly rabbit, partly poultry) and the energy required is provided by a high fat content.