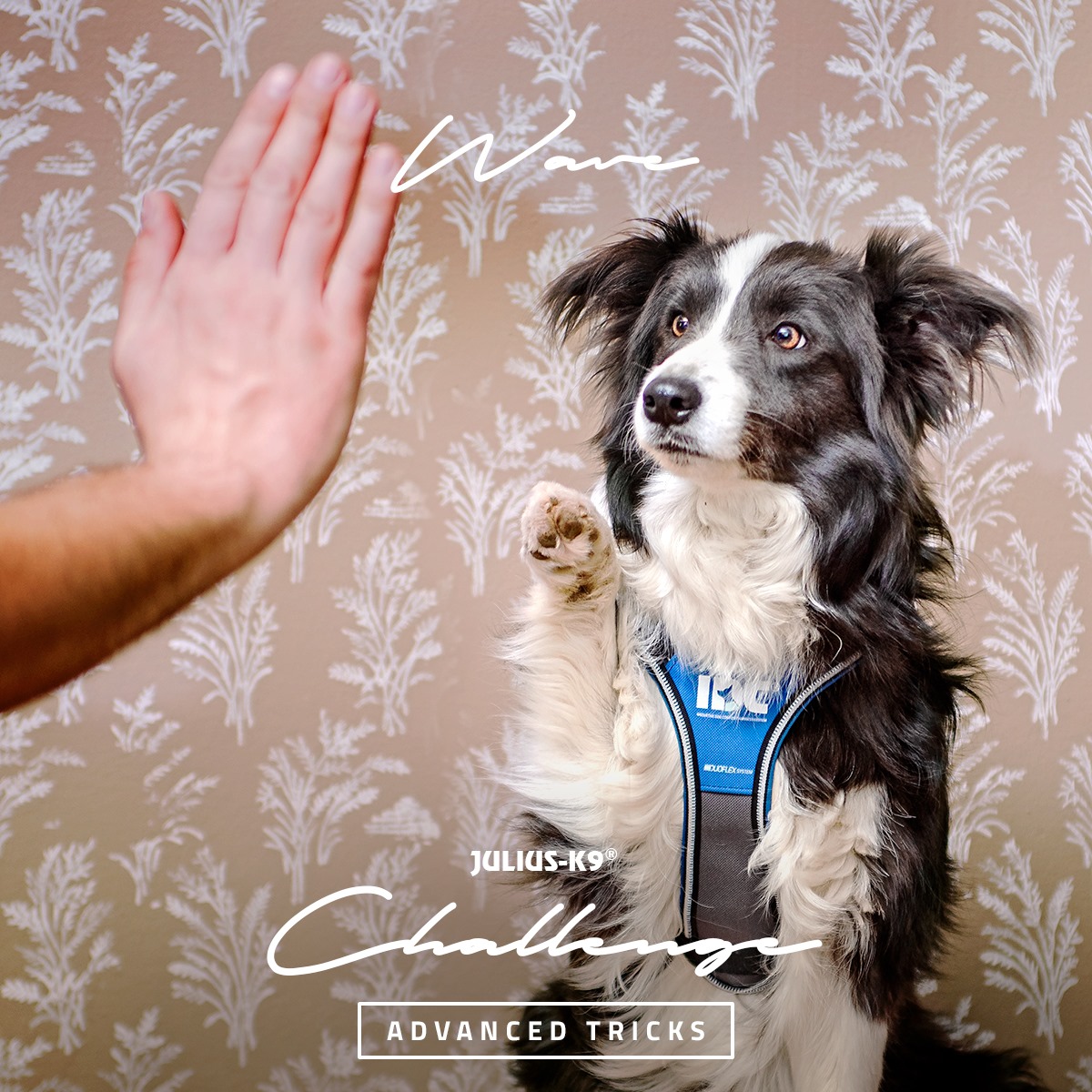 Waving is a very cute trick that isn’t too hard to teach, especially when you’re past several versions of the high-five and the leg-lifting trick.

Task:
👉 Hold a treat, then sit or squat on the floor and place the dog in front of you, keeping a short distance between you.
👉 Hold your hand in front of the dog’s feet, keeping your palms upright (fingers facing up) as if you were asking for a handshake.
👉 Your dog will most likely try to touch it with her paw. Before she touches it, pull your hand away, but praise and reward in the meantime.
👉 Raise your hand higher and higher so that she also has to reach higher in the air.
👉 Once she understands what to do, start saying the command word before the movement, e.g. “Wave”.

Tips:
👉 If you put your hand out but your dog doesn’t react, lower your hand a little. If that still doesn’t go, you can also say the word “high five” a few times at the beginning.
👉 You may want to use a clicker for the task so that confirm the required movement as quickly and accurately as possible – that is, the lifting of her leg.
👉 Gradually move away from her and straighten up.
👉 You can transform your hand movement into a real waving movement, therefore turning it into your hand signal later.