Staying prepared in the emergency 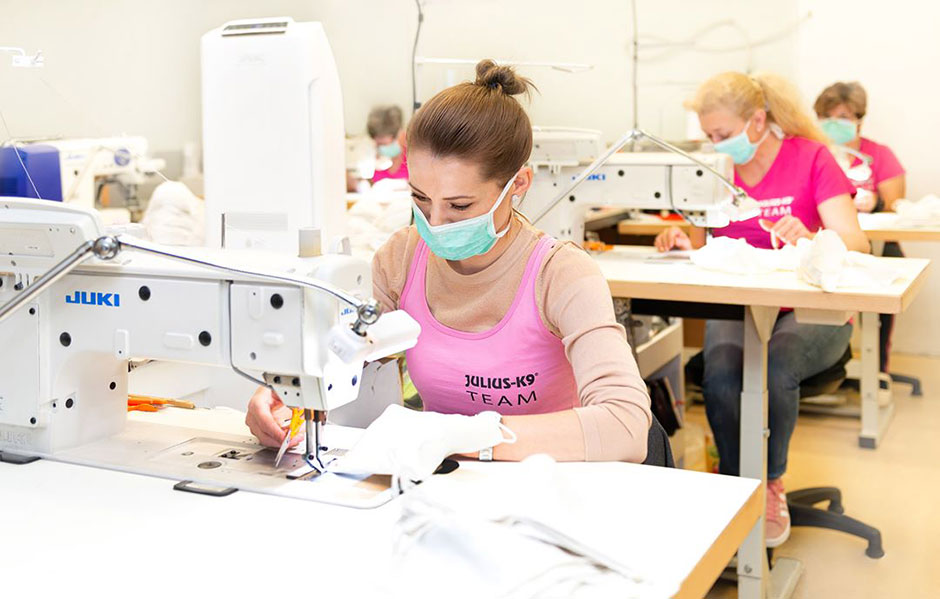 Julius-K9® was one of the first companies to react to the current health emergency and the accompanying changes. We introduced strict new protocols for digital communication processes, work schedules and work discipline, which have performed well. We modified our manufacturing process, so today we are also producing face masks. In the future, we will only procure machinery that can be used optimally in a similar state of emergency.  In my opinion, the current crisis is well manageable; we are simply not used to the idea that it could also happen to us.

The crisis is manageable as today’s welfare societies have a great number of solutions at hand on a financial level. This is not the period of losing hope, but that of redesign, introspection, and momentary slump. Should this prove true, people’s negative, wasteful consumption habits will not change substantially en masse, and everything will shift back to the old, hedonist lifestyle. And that has its known dangers.

From the viewpoint of managing a company, however, nothing will be the same for a long time to come. Executives have had to draw the right consequences from the emergency and carry out adjustments in terms of efficiency and work discipline. They have also had to put employee loyalty and teamwork to the test; as the saying goes, ‘a friend in need is a friend indeed.’

Thanks to our own world class operation, we have been alert and quick to act. The economic and political measures and restrictions, the fluctuation and transformation of sales, the human panic mechanism, and the effect and wake of emotional messages have brought about perhaps the most exciting period of our company. First, we were worried about our colleagues working abroad, in the hub of the Chinese outbreak. Then the virus knocked on our door. We have been making short-term plans on the basis of the Asian experiences and long-term plans in the context of international events as the major powers are redividing the world right in front of our eyes. We see a series of conquests without a single gunshot in the stock market and the (battle)field of data access. In our daily hassle, the fact that data traffic and communication take place on digital channels controlled by foreign interest groups (even on the highest political levels) seems to be a secondary problem. I hope that Europe, recognising its vulnerability and weakness, will finally try to stand on its own feet. That it will try to repossess the intellectual and material resources and possibilities that have been, for decades, squandered away and put in the hands of foreigners. If not, our victory over coronavirus will be the seed of another catastrophe, for which, once again, we won’t have the chance to properly prepare.

The same is true for Hungary. In our case, key sectors such as the textile industry might be elevated to a special status as national self-sufficiency will be pinned on the political agenda of every country. On the governmental level, there are emergency scripts written, offering relevant solutions for pandemics, nuclear emergencies, and other natural disasters. This presupposes a closer cooperation of governments with relevant companies and professional blocks in the relevant decision-making processes. This is where we, innovative textile and plastic industry manufacturers could be cast in a key role.

We are also developing our own products, dog accessories, in the knowledge that the explosive takeover by digital communication will be here sooner. This will have unpredictable consequences on our lifestyle as well. Not only will everything be simpler, faster, and more “hygienic”, but our human, personal and working relationship will also be rewired. If we fail to recognise the role of dogs as companions in this direction of development, we will be in deep trouble. In this respect, recent months were already fraught with problems.

We’ve been following and researching the changes in the human-dog relationship around the world with some apprehension. While millions of pets have been massacred in Asia under the sign of fighting the pandemic, in other cultures, dog shelters have been cleaned out by people taking the pets home in an effort to help them. The misconceptions regarding the infection of pets and dogs, as well as the related events and panic could have ruined the future of our company and, more disturbingly, pet culture. I’m not proud of it, but the darkest script imaginable for someone deeply connected to animals has also crossed my mind. It was immensely relieving to bin this script and leave hopelessness behind to step into action.

What makes the current situation special is that we have an important role and responsibility even in places where people have fundamentally different thinking. We have to spread the same message in every region and market. Animals are our brothers and deserve to be treated as such. We provide messages and innovative European products in support of this idea, both in and out of the emergency.