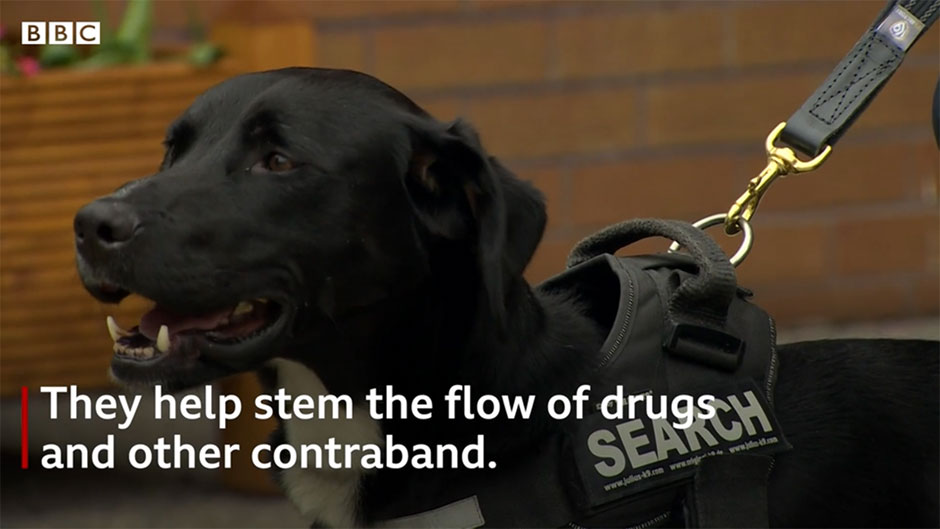 Dogs are on a front line fight against drugs and other contraband being smuggled into Northern Ireland prisons, with almost 600 finds in recent years.

They have been specially trained to sniff out cannabis, cocaine, pharmaceutical drugs and mobile phones.

Justice Minister Naomi Long said the animals play an “invaluable role” and that “they are saving lives”.

More than 40 dogs are involved in work at Maghaberry, Magilligan and Hydebank Wood.

They are used to check visitors, prisoners who are returning after temporary release, cells and parcels.

Keeping drugs out of jails is a priority issue.

“The dogs work a full range of shifts covering seven days a week,” said governor Seaneen Farrelly, who has responsibility for the Prison Service Dog Section.

“Some have served for ten years which is quite remarkable.” 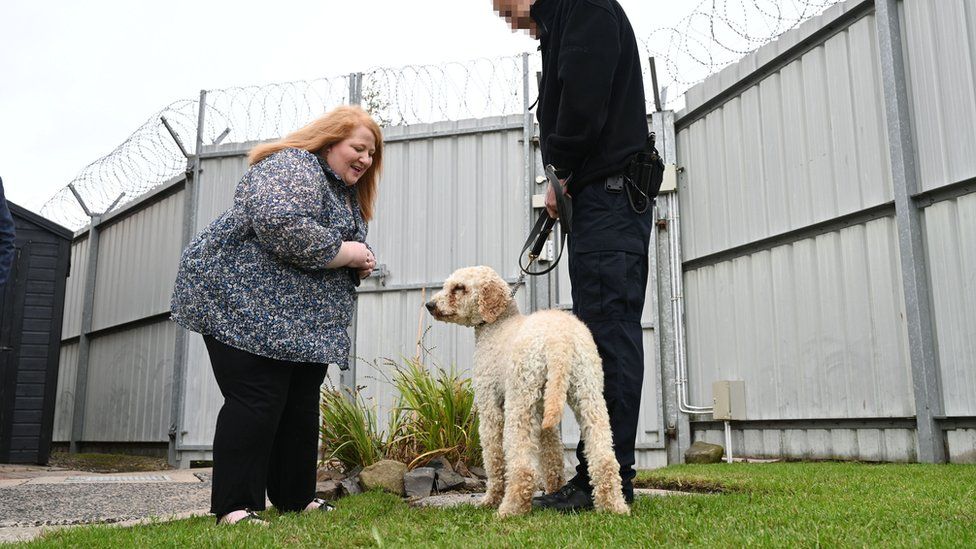 Pre-pandemic there were more than 55,000 visitors a year to Maghaberry.

Visitor numbers dropped significantly during the health pandemic, but the dogs still performed 16,000 visitor searches since lockdown in early 2020.

The Prison Service said as a result of the searches there were 576 finds of drugs and other contraband. 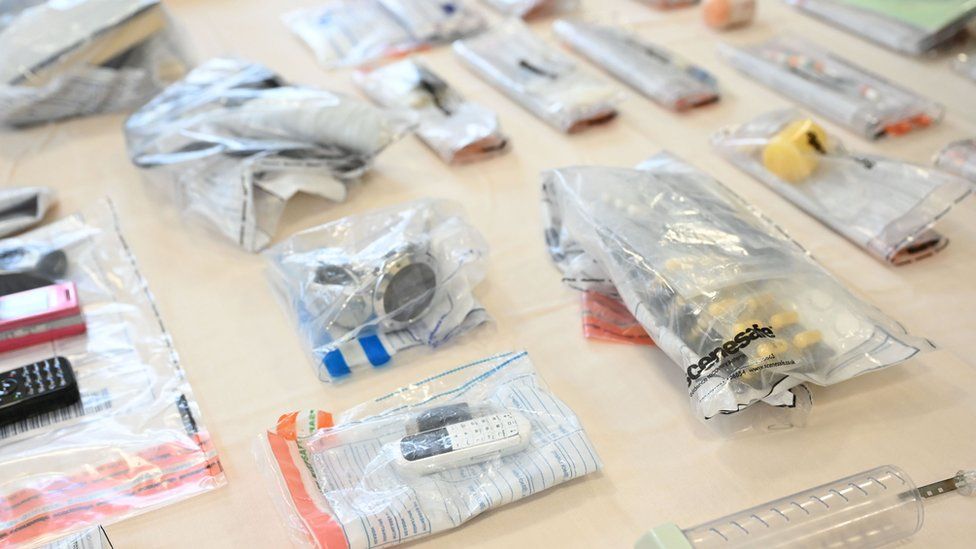 The prison service said there were 576 finds of drugs and other contraband since lockdown in early 2020 (Photo: Michael Cooper)

“I would appeal to people not to do it. I know it sounds a futile exercise but it puts prisoners in danger.”

She added that investment in new detection equipment was being worked on.

“But there are things that dogs can detect that we would not be able to, on simple body scans.”

Many of the dogs have come from rescue centres and their initial training usually takes six to eight weeks.