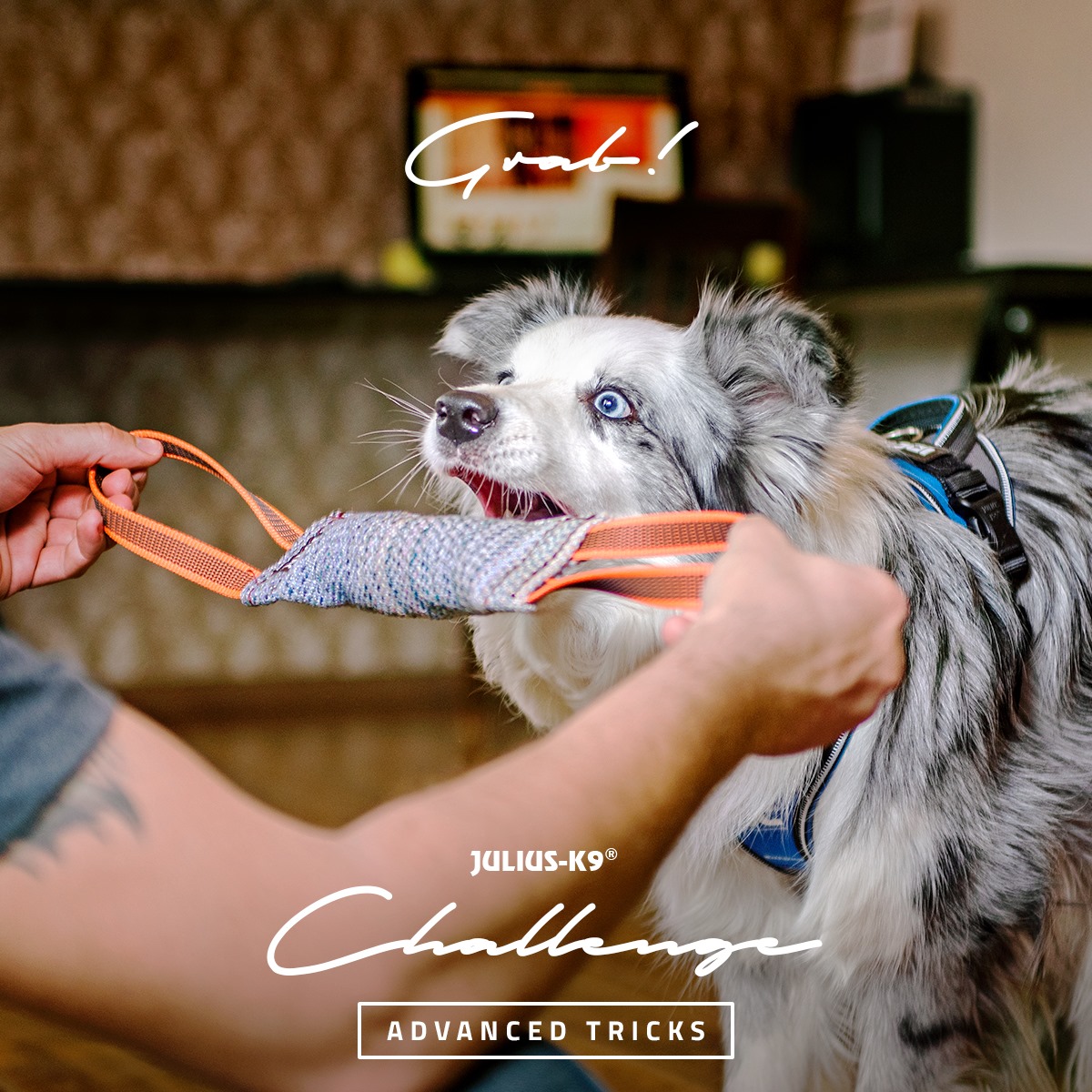 Fetching is a difficult topic. There are dogs who bring back their toys even as a very small puppy, and there are those who simply show no interest towards this type of fun. Fortunately, with a little bit of perseverance, the latter group can also learn to bring back the items we ask for.

Task:
Choose a softer toy for the task that you will both be able to hold on to (e.g. a tug) and hold a treat in your hand. Sit down facing each other, holding the tug in front of the dog at head height with both hands, and start rewarding for even the smallest steps, even if her attention is focused on the toy, or she’s trying to do anything to it. First, if she just looks at it when you touch it, either with her paw or her nose, always reward, and then wait till she tries something else. Sooner or later she’ll gets to the point where she will try to grab it with her mouth. If this happens, praise her, and if she already understands the task, attach the command word to it before you put the object in front of her by saying, “grab”.

Tips:
👉 Use an object that is not available to your dog every day and only use it when exercising.
👉 Don’t expect your dog to do anything more than grabbing the toy in this case. You will be able to build on this for holding and fetching later.
👉 There will be a dogs who will get the hang of it right away, and there will be some who understand it a little bit slower, however it only takes patience, this is achievable with any dog.
👉 Since the dog is not learning how to play in this case, rather the basics of fetching, a reward treat will still be required, even if she is happy to grab her toys in the first place.
👉 The clicker can be a huge help during this task, especially if you have used it before. Even if it seems impossible to control so many things at once.
👉 It helps if you look at the object as well, while waiting for your dog to do something to it, instead of holding a staredown marathon.
👉 If you use a clicker, only give her small hints (for example you move the object a little or look at it – then click). If you don’t use a clicker, it’s better to verbally encourage her.
👉 Important! Once the task is going well, don’t overdo it because it will make it easier to transition to the holding exercise.