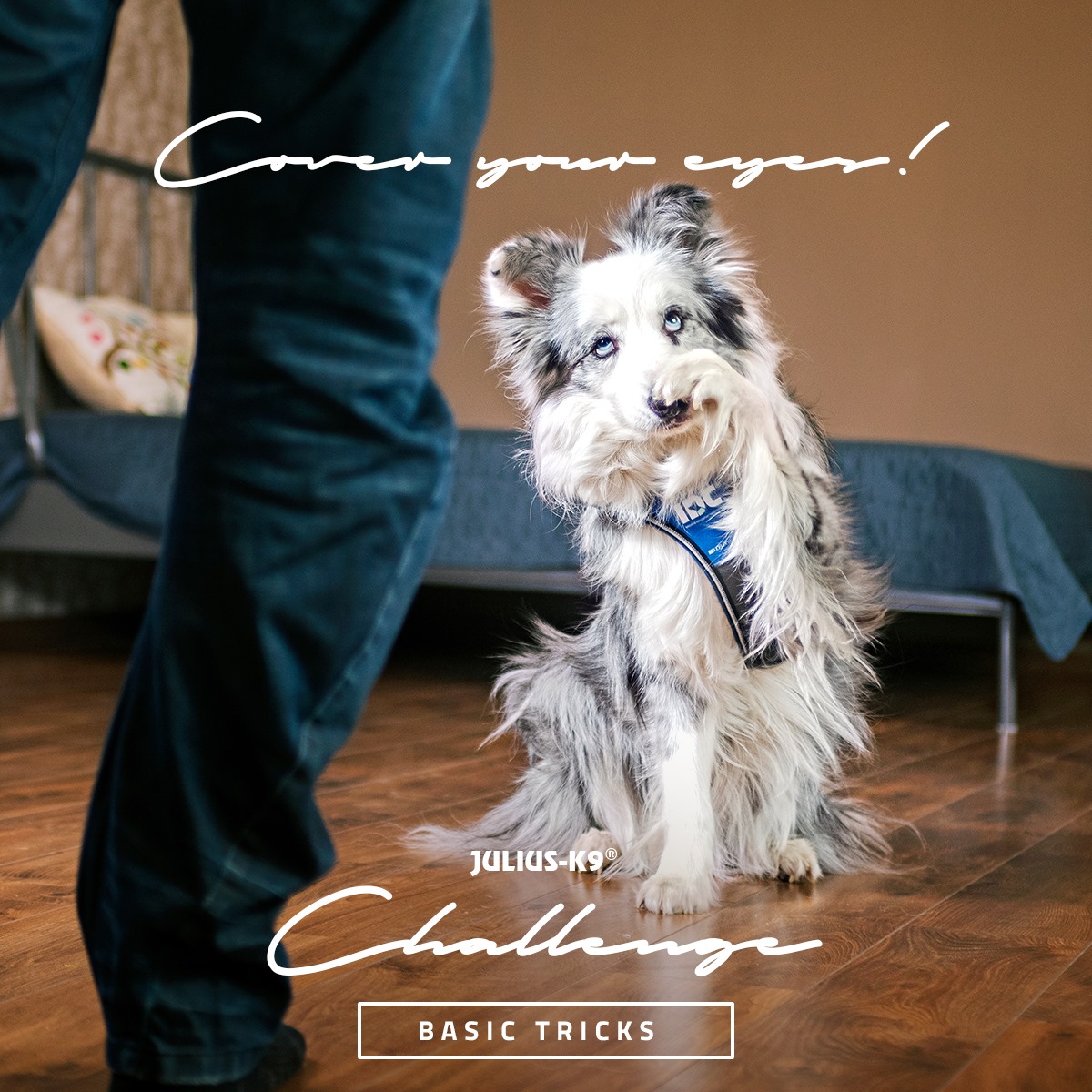 A very cute trick that isn’t hard to teach, but can cause heart-melting moments. To teach the trick, you’ll need a small tape or hair band, or anything you can apply painlessly on your dog’s nose.

Task:
Take the tape / hair band, some treats and sit the dog in front of you. Put the tape / band on your dog’s nose and when she tries to take it off with her paws – and thus touches her nose – praise and reward with a snack. Repeat this a few times, and after a few rehearsals, start saying the command words, “cover your nose”. If she starts doing well, stop using the tape / hair band.

Tips:
👉 PSA tape sticks less to the dog’s hairy nose, so use duct tape, a hair band, a ring made of thread or a simple string. Make sure that the whatever you are using is never tight or too sticky. It’s better to start with something your dog can easily take herself.
👉 If, on the other hand, your dog doesn’t want to take the chosen aid off her nose, look for something that bothers her a bit more. Feel free to encourage it in the meantime.
👉 You can also attach a hand signal, for example shake your index finger with your hand outstretched towards the dog as if you were telling her off.
👉 It helps if you use a clicker to confirm even small steps quickly and accurately.
👉 Combine with other tricks, for example while sitting pretty or while she’s lying on her side.