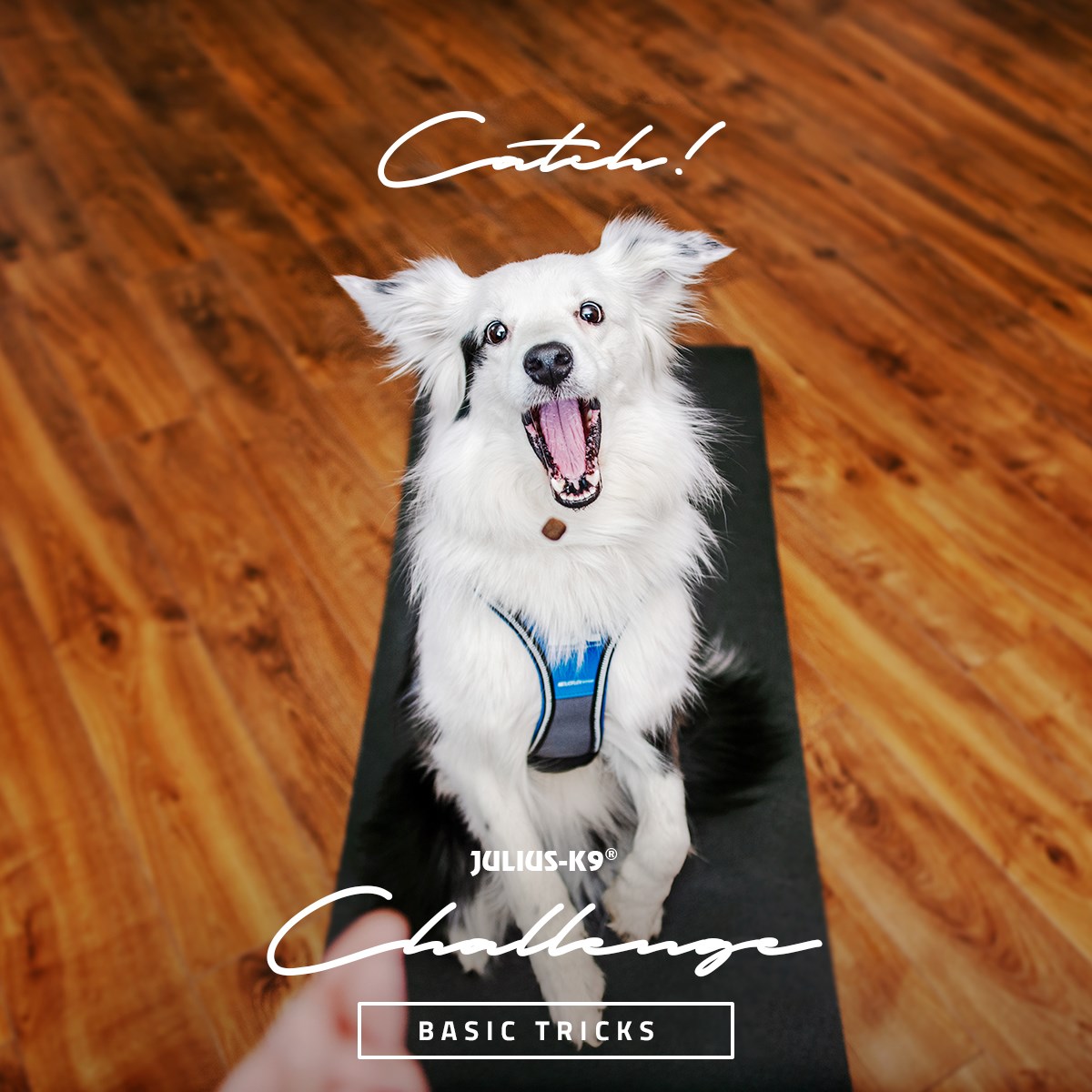 In addition to making funny home videos and photos of it, this trick is also a very useful rewarding method for tasks where it’s important to be able to reward from a distance.

Task:
Tell your dog to sit, not too far from you. Show her the treat and make one or two movements as if you were going to throw it towards her, then actually throw it. If she knows what it means, you can say “yours” in advance.

Tips:
👉 Don’t give up if the first few treats end up bouncing off her nose, she’ll get the hang of it sooner or later.
👉 If she’s not trying too hard, and is rather picking up treats from the ground, don’t let her get them. But don’t talk to her too harshly, just snatch a bite that may have fallen to the ground from her as if you’re competing for it. That should put her in the mood.
👉 If possible, avoid slippery ground surfaces during exercises to avoid injuries.
👉 Increase the distance here too following the principle of gradation – and your aiming skills.