24. Balancing on the head 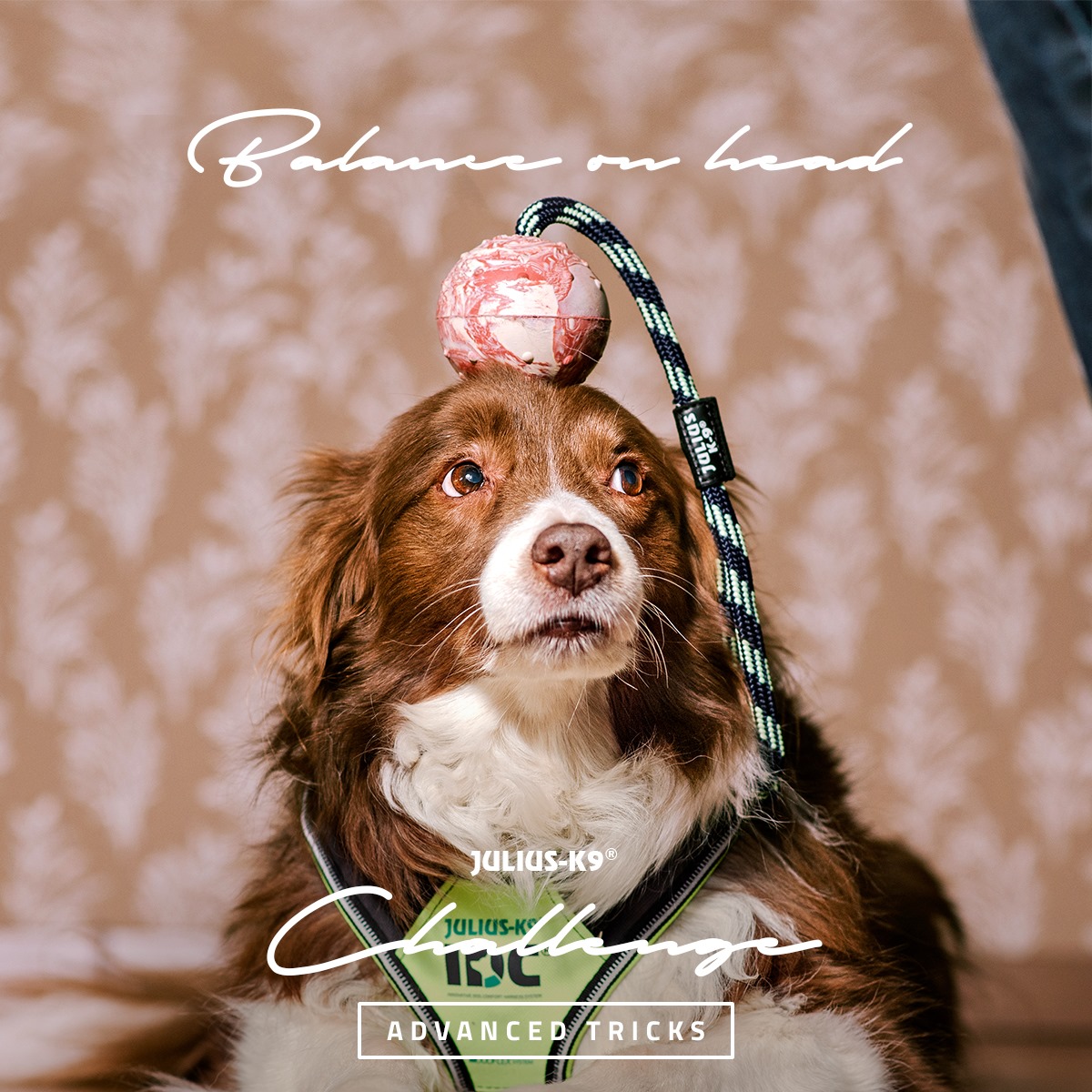 A great way to improve self-control and food control is to teach your dog to keep objects and food on their head or nose.

Task:
👉 Choose an item that you believe your pet can easily balance on their head.
👉 Grab a reward snack, preferably making sure your pet can see that you have it.
👉 Slowly place the object next to her head, holding it close to her head but not yet above it.
👉 If she’s not interested in it or after a little sniffing her attention is diverted back to you, praise and reward.
👉 Repeat the movement several times, moving the object closer and closer to the top of her head until it finally touches her.
👉 Reward every time she doesn’t pay attention to the object.
👉 You can also attach a command word to this, e.g. “Leave” – if she’ already familiar with it.
👉 As a final step, take your hand off the object for shorter and then longer sequences.
👉 Add a command to this as well, for example “stand still”.

Tips:
👉Make sure it’s not uncomfortable for the dog to hold something on her head.
👉If she blinks, or pulls herself out, take the task in particularly slow st eps and be careful not to miss a reward opportunity.
👉 Do not use an object that is too heavy or could injure the dog in any way. Try something first that doesn’t get her too excited.
👉 Say the commands and praise used during this exercise in a long, elongated, calm voice.
👉 If she’s doing well, raise the task to a professional level by switching up the items, trying it with food and even while being in motion.
👉 Use a clicker to more accurately capture the moments you want to confirm.