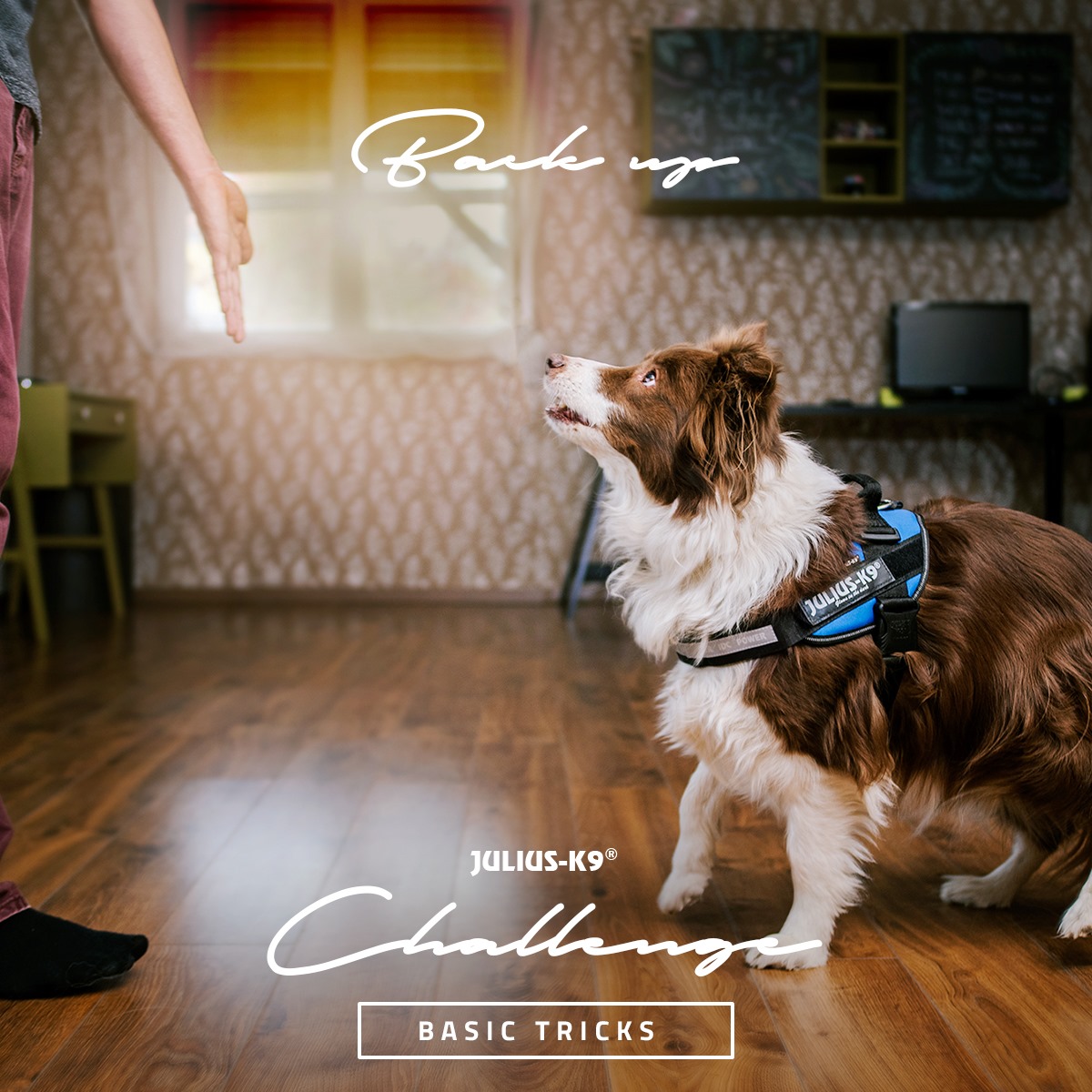 Backing up is also a particularly interesting task because dogs do not consciously use their hind legs. With this trick, we can also help develop this ability, which will be very useful for a great many future tasks and in various sports.

Task:
Stand in front of your dog, put both hands in front of you, pointing downwards, with your palms facing the dog. Squeeze a few snacks between your thumb and palm. Start walking towards the dog, slowly, gently pushing her backwards. Praise and reward after the first step backwards. Gradually increase your expectations, then add the command word, “back up,” before starting your movements.

Tips:
👉 Be very careful not to lean over the dog! If you have a small dog, you should rather squat or start teaching on your knees. Don’t hold your hands high, because there’s a good chance she’ll sit down rather than move backwards. Instead, keep your hands lower so that she will need to tilt her head down slightly.
👉 Stay very positive, praise your dog enthusiastically, as stepping closely towards a more sensitive dog can even be uncomfortable for them. It’s okay if she doesn’t step backwards in a straight line, accept that, but try to fix it. You can do this by moving your arms and your body, but also by doing it next to a wall or by using a tunnel built out of chairs.
👉 Increase the distance as long as you can. Later, you will be able to send her farther away from one place. Once you’re doing well, gradually begin to slow down your approaching movement. First, after a step or two, just push your arm further in that direction, then don’t step at all, just move your arm. Later on, you should also minimize any arm movement.
👉 Reward from a distance, by throwing the treat so that she doesn’t have to run back to you for it. This will help her move away from you and back up as far as possible.